I'm really glad that I didn't die, that I was alive for the last two years. (Applause from the audience)

I now have the support of 6 attorneys and the assist from many supporters like you, and I was able to do this civil case in a truly blessed environment, but still, there were times I felt lonely. (Omission)

It's a very embarrassing story, but 10 days before my interrogation in court on July 8th, I thought I'd end my life and attempted suicide. At that time, I was helped by medical workers and I was able to come out only after 1 or 2 days of hospitalization. It wasn't something I had planned for myself, it felt like suddenly someone pulled the rug from under me. (Omission) No matter how well you look, it suddenly attacks you. That's what they call trauma. Especially this PTSD, the trauma of sexual violence, is hard to be understood by others. Even I couldn't understand myself.

💡In conclusion, I think Ms. Ito's attempted suicide at the end of June was a lie. Even if it's not a total lie, according to her past pattern, it might have been something like she was hospitalized due to overwork, and exaggerated it as "attempted suicide." I'll explain why I think this attempted suicide is a lie more.

Jun 25: 💛As I wrote in the previous post, Mr. Okamura, a partner of Ms. Ito professionally and privately, tweeted on Jun 25, 3 days before Ms. Ito's suicide attempt, requesting support for crowdfunding on "Indiegogo". 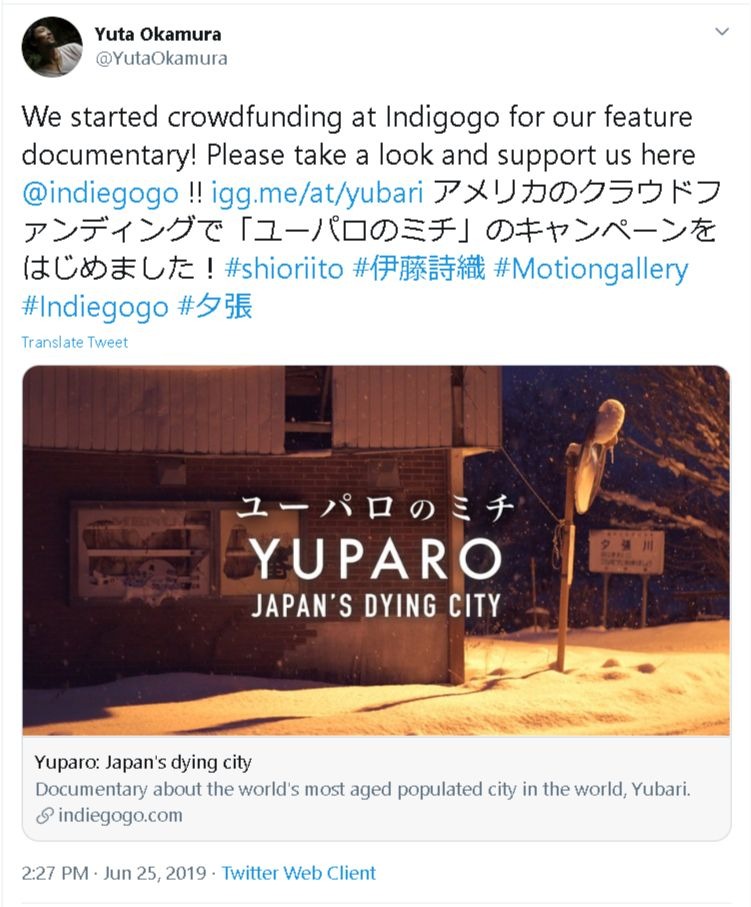 💡She says it was "10 days before the interrogation at court on July 8th," then the suicide attempt was Jun 28. If she attempted suicide and was hospitalized for 1-2 days, Mr. Okamura, who is her partner both professionally and privately, who was with her almost all the time such as accompanying to Sierra Leone around this time, couldn't be unaware of this. As a boyfriend, he must have been panicked.

If I was him, I'd stop all my work and go into a "sticking to her 24/7" mode. I'd also stop her from all the work she had done until then, and consider counseling or, if necessary, hospitalization in psychiatry. The fact of your parter's suicide attempt must be a great shock and you couldn't help but blame yourself badly.

💛However, in reality, Mr. Okamura posted on Facebook on July 2nd, only a few days after she allegedly came out from the hospital, asking support for crowdfunding at "Indiegogo", the same request as he tweeted on Jun 25. 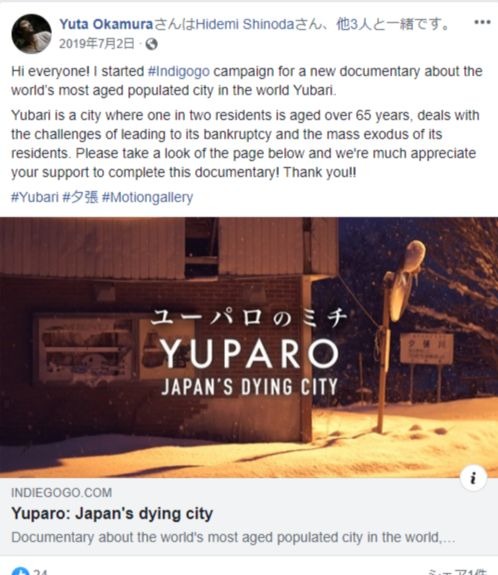 🔴The next day, on Jul 3, supposedly only 3-4 days after Ms. Ito was hospitalized for attempted suicide, she also posted on Facebook to announce that it was the last day of crowdfunding at "Motion Gallery" and they achieved the goal of 5 million yen. 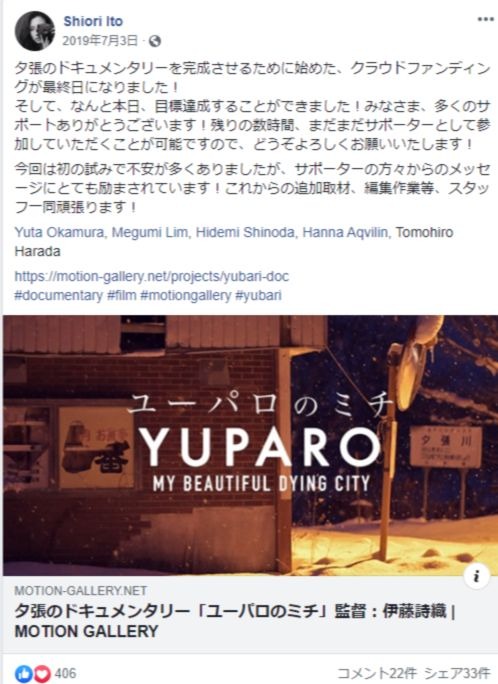 👆It's the last day of crowdfunding which we started for the completion of the Yubari documentary!
And today we were able to achieve our goal! Thank you for all your support! You can still participate as a supporter for the rest of the hours, it'd be great if you consider it!

We were a little worried since this was our first crowdfunding, but we're very encouraged by the messages from the supporters! We, all the staff, will do our best for the additional coverage and editing work for the future! 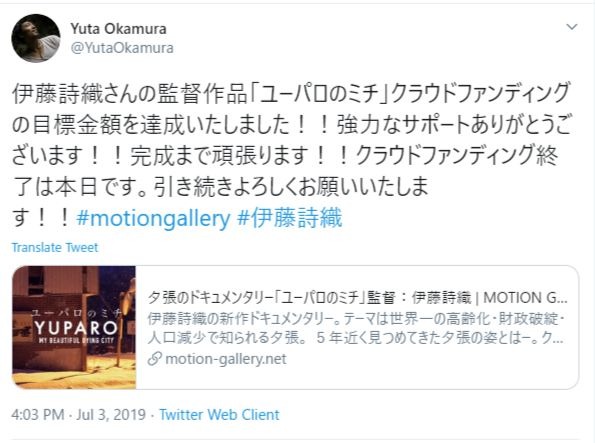 👆We have reached the target amount for the crowdfunding of Ms. Shiori Ito's directed work "My Beautiful Dying City, Yuparo"!! Thank you for your strong support!! We will do our best to the completion!! Crowdfunding continues until the end of today. Please kindly consider your support continuously!!

Looking at this series of posts on social media, it doesn't seem that both Ms. Ito and Mr. Okamura were shocked by her attempted suicide, although they were working or being together before and after the day of attempted suicide. Moreover, she was receiving so much support, had increasing work offers, traveled around the world, had a blessed partner, filming a documentary that was supposed to be her dream, received awards, and almost reaching to their goal at crowdfunding for the new documentary production. And she says "I still felt lonely sometimes and tried to commit suicide." I don't buy it.

However, since I was about to stand in court for interrogation at that time, people around me advised me that if this thing went public, people might take it negatively. So I could not consult many people, I only told someone who are really close (Omission)

She told only her close friends that she had attempted suicide, but she says they advised her to hide it because it would be a disadvantage for the trial. If that was true, her "close people" would be mean cold people. They tell her, while she's suffering from an attempted suicide, that she should be quiet because winning the case is more important. Can you really call a person who says such a thing "a friend"?

Again, from the pattern so far, Ms. Ito almost always blames others for her actions that could be criticized later or that could be disadvantageous to her, saying "(I didn't want to but) I was advised to do so," "I was told to say so," or "I couldn't confess because I wasn't asked."

She also said, "I'm glad I didn't die for the last two years." It's like saying, "The hardest time for me that I'd almost kill myself was the last two years since I went public with my face and name revealed." So it has nothing to do with PTSD of sexual violence?

Moreover, in an interview with GQ magazine, Ms. Ito explains the time when she wrote her third will, "I wrote a will, saying I would never kill myself, asking to investigate well if something happens to me."

I wrote it many times in my will that I would never commit suicide. If anything happens to me, please investigate carefully...I have no regret.

Even though she had affirmed she wouldn't commit suicide, later she confesses that she attempted suicide, saying, "like suddenly someone pulled the rug from under me," "it suddenly attacks you," even I couldn't understand myself." If you end up attempting suicide without understanding why, you shouldn't have said from the beginning, "I'll never commit suicide. If anything happens, please investigate."

To me, it seems that she wanted to get sympathy by saying "I had to write a will due to suspicious movements around me" and then saying "I attempted suicide because of my PTSD even it's been more than 4 years after the incident."

If she still suffers from PTSD that much that she would commit suicide, why did she decide to do such a dangerous act of attending the press conference of Mr. Noriyuki Yamaguchi the day after the civil ruling? Also, why didn't the people around her stop her, when they must have heard about her attempted suicide story at the ruling report meeting the day before? 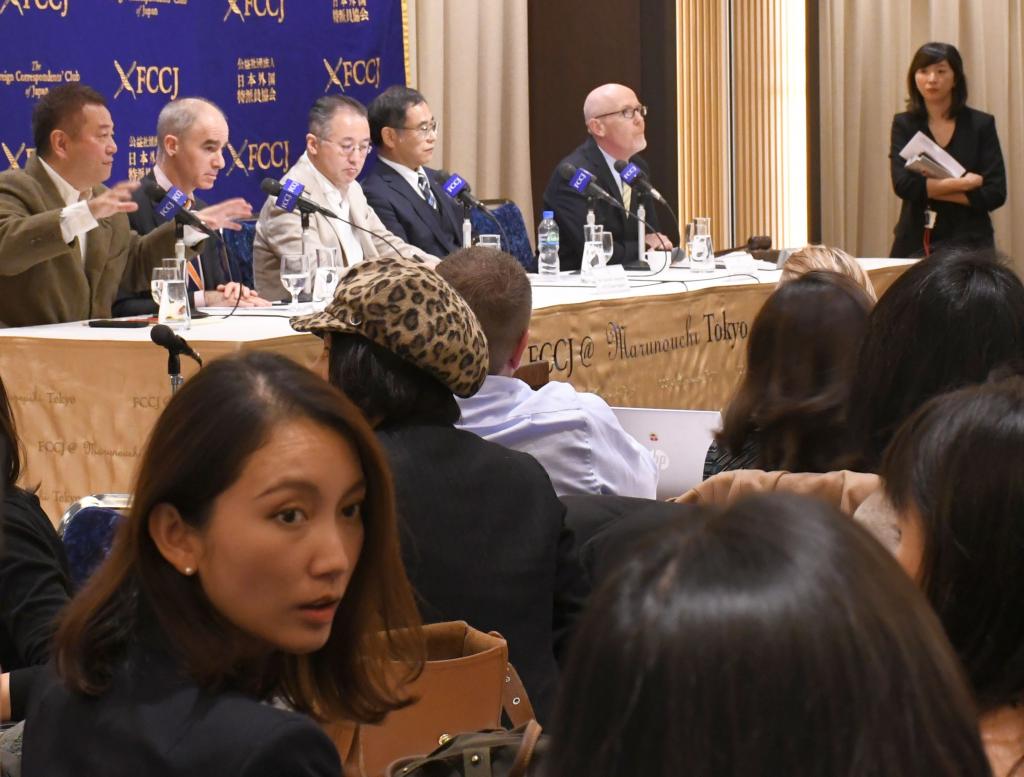 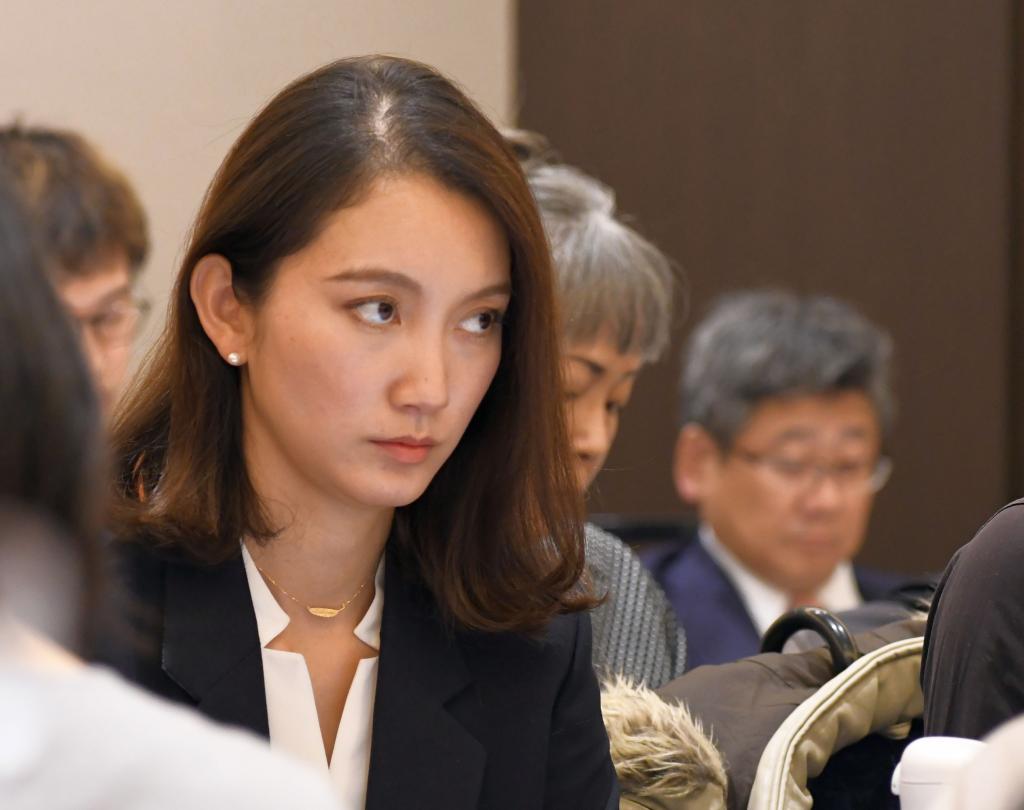 What I want to point out here is that Ms. Ito's attempted suicide at the end of June 2019 is most likely a lie. I'm not necessarily saying Ms. Ito's suicidal desire itself is completely false. I'm not an expert, but I'm doubting she has some kind of personality disorder, and one of the symptoms is a suicidal wish.

However, I also lost an acquaintance to suicide at a young age, and I know the long-term suffering of the family left behind, I have to say that mentioning suicide casually or confessing attempted suicide falsely to get sympathy should not be forgiven. Lastly, I will share the page of "measures against suicide" on the website of the Ministry of Health, Labour, and Welfare. 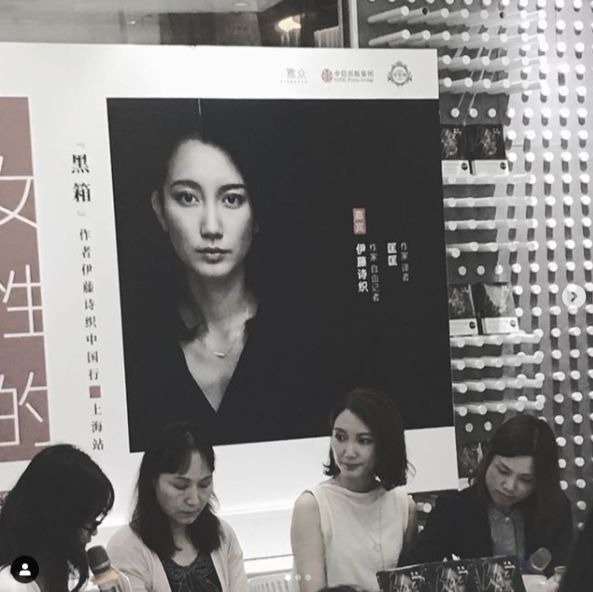 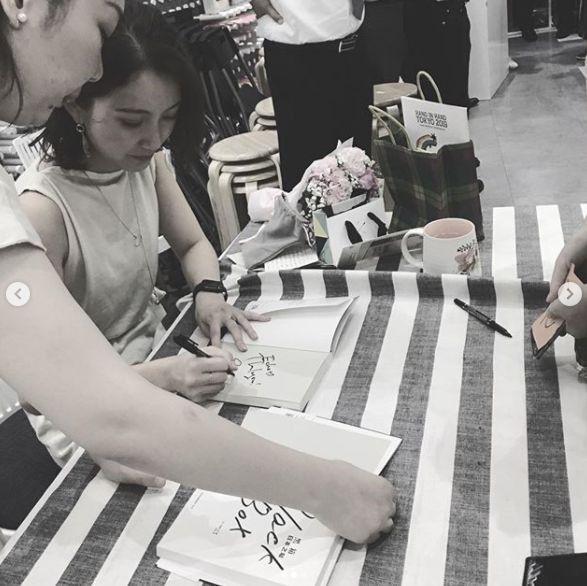 Jul 21: 🔴Gave a speech in Beijing【Beijing】 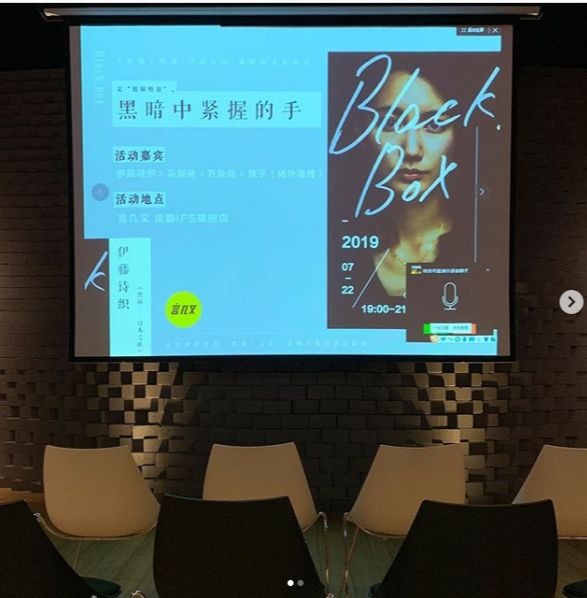 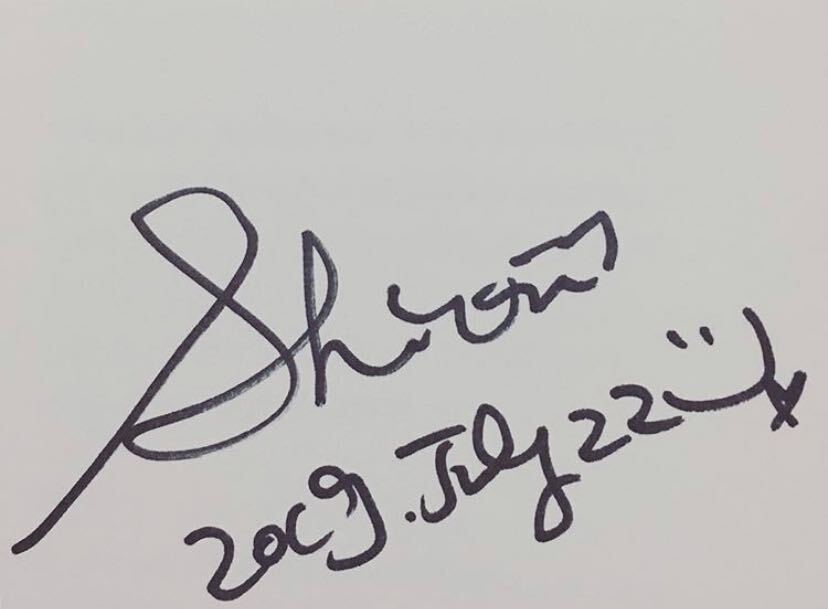 Aug 01: 🔴A civil trial briefing at an event site in Yotsuya 【Tokyo】 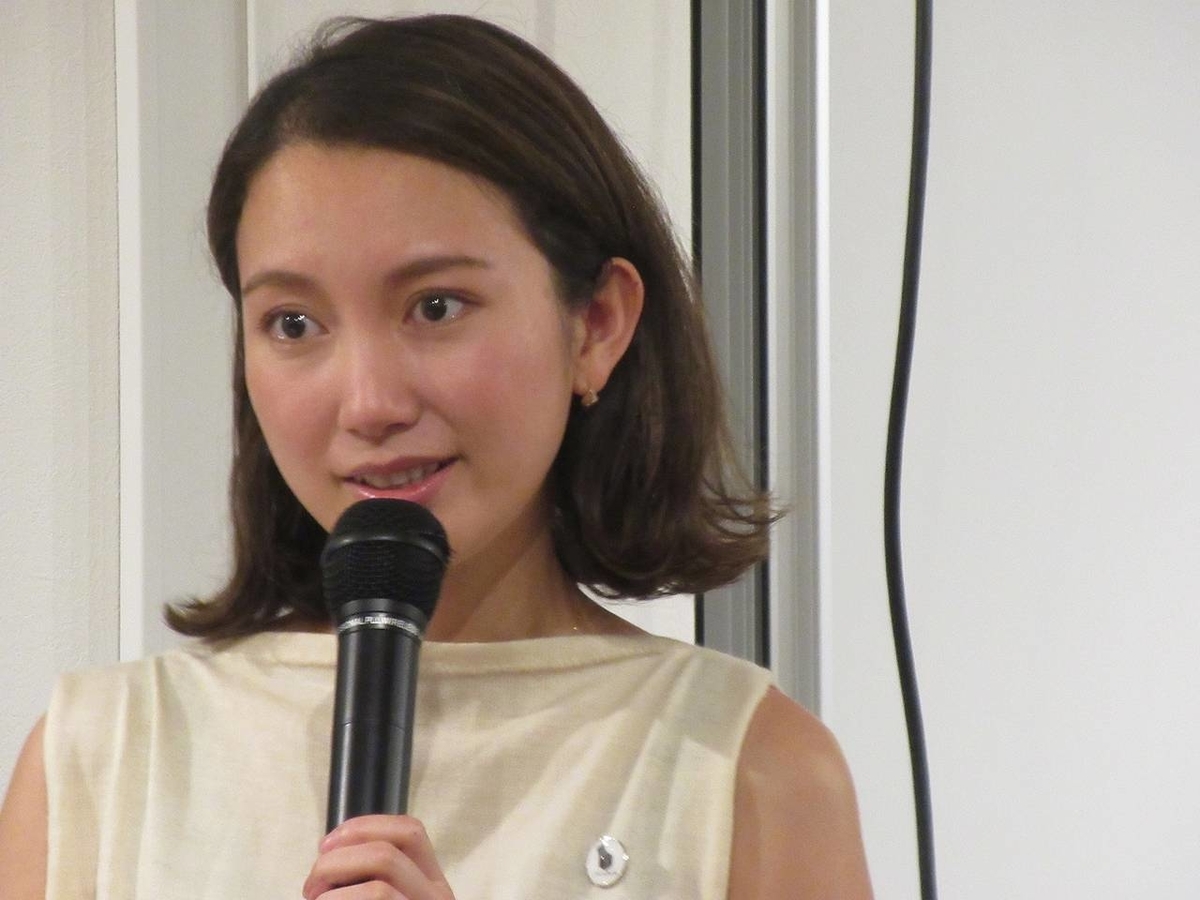 Aug 08: 🔴Appeared in a talk event of the movie "The Journalist"【Tokyo】 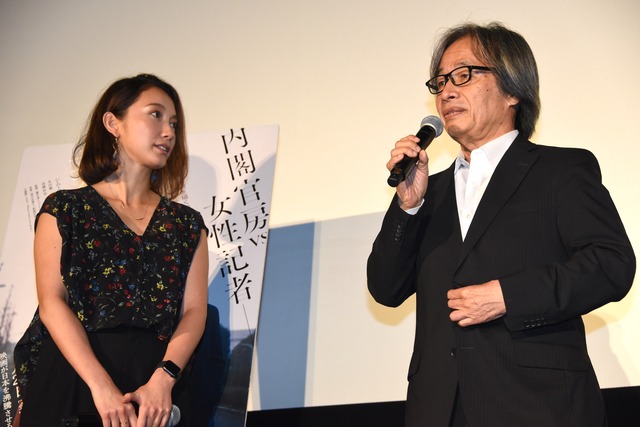 👆With the executive producer, Mitsunobu Kawamura

💡As an aside, I think Ms. Ito is a so-called "middle-aged killer", a woman who is favored by older men. I heard that there were many elderly men gathered like Shiori's cheering group on the hearing of the civil trial. They say that one of the conditions for being a "middle-aged killer" is "being a good listener." Indeed, the way Ms. Ito in the photo above listens to the producer Kawamura would pull at an older man's heart. 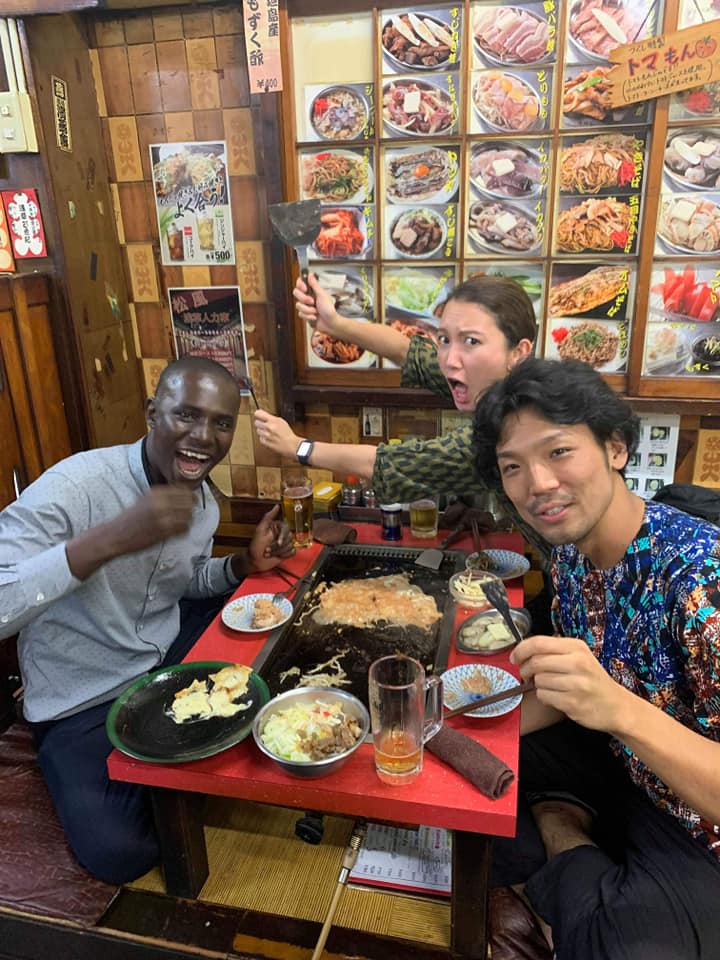 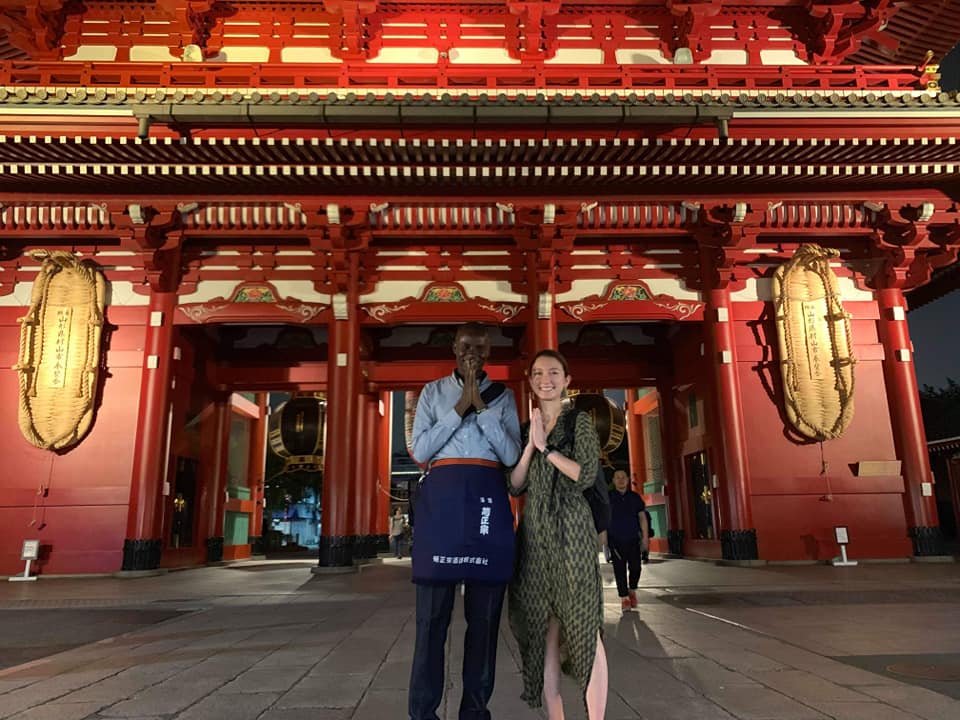 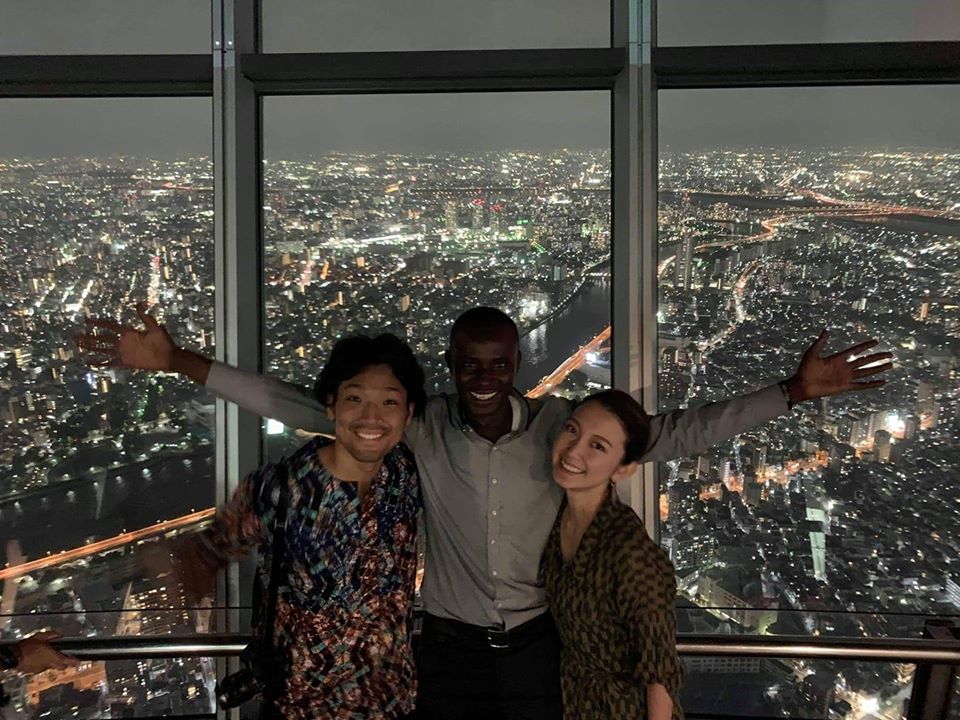 💡Both Ms. Ito and Mr. Okamura are wearing clothes of seemingly African design fabrics. Maybe they were souvenirs from Mr. Mohamed. Or the clothes they bought for themselves in Sierra Leone, and they put them on for Mr. Mohamed 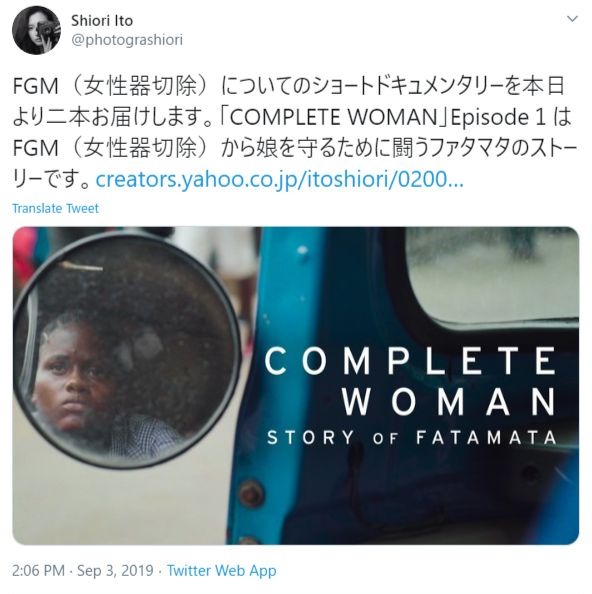 👆Two episodes of the short documentary about FGM (female genital mutilation) will be released from today. "COMPLETE WOMAN" Episode 1 is a story of Fatamata fighting to protect her daughter from FGM.

Sep 04: 🔴Shared the column she wrote for imidas about female genital mutilation in Sierra Leone on Facebook

🔴Shared the column above on Twitter too 💛Mr. Okamura retweeted it

🔴Shared on Twitter and Facebook a column she contributed to Yahoo! News on Crowdfunding for legal actions 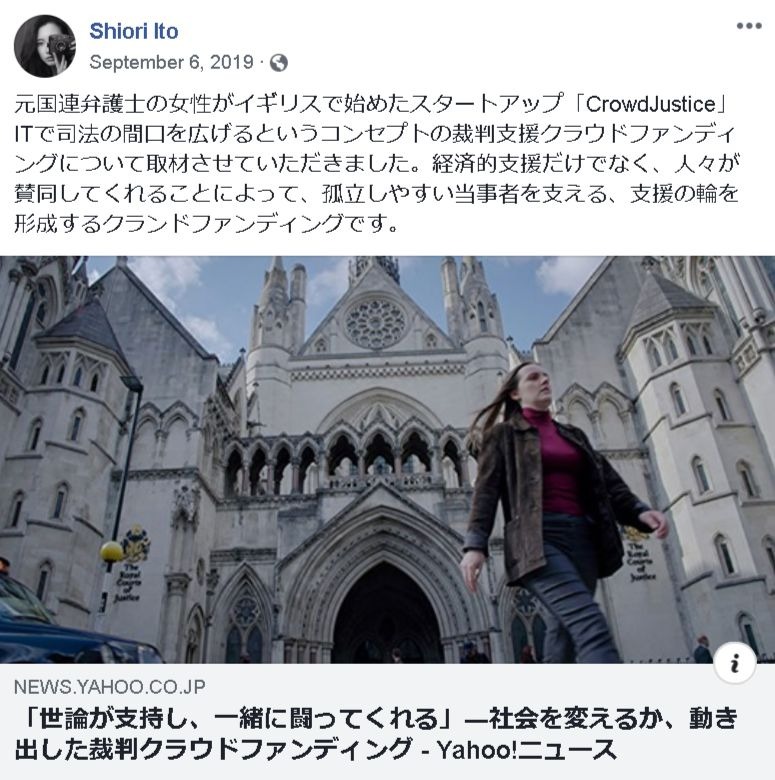 👆I covered a startup called "Crowd Justice" a crowdfunding platform for legal actions founded in the UK by a former UN female lawyer, with a concept of expanding the judiciary with IT. It is a crowdfunding platform that forms a circle of support that assists the person concerned, who is easily isolated, not only financially but also mentally.

Sep 10: 🔴Announce the next day's Flower Demo (demonstration) on Facebook【Tokyo】 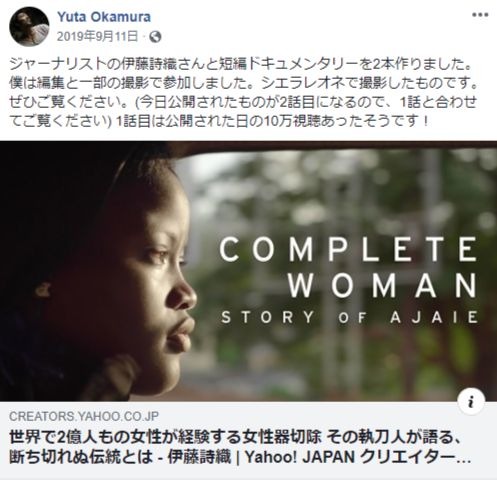 👆I made two episodes of a short documentary with a journalist, Ms. Shiori Ito. I participated in editing and some filming. We filmed in Sierra Leone. Please take a look. (The one that's released today is the 2nd episode, so please watch the 1st episode first.) They say that the 1st episode had 100,000 views on the day it was released!

Night 🔴Attended at Flower Demo in front of Tokyo Station【Tokyo】 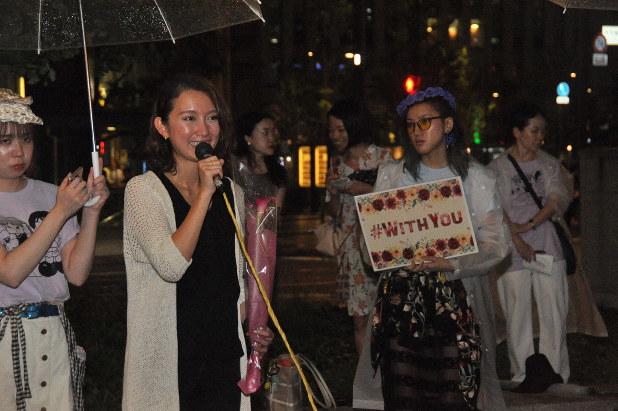 Sep 12: 🔴「Shared the 2nd episode of "Complete Woman" on Twitter, and posted an article about the Flower Demo the previous day on Facebook

Sep 27: 🔴Announced on Facebook that "Black Box" was translated and published in Sweden, and attended the book fair event【Sweden】 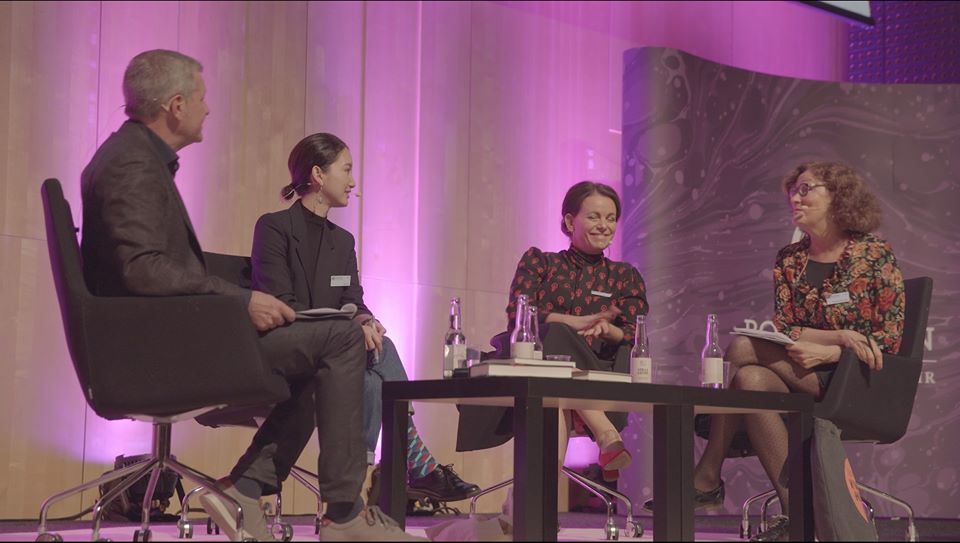 Sep 30: 🔴Announced on Twitter to have a book release event in Stockholm【Sweden】

💡It is probably because of Ms. Hanna Aqvilin (from Sweden) that Ms. Ito is reported frequently in Swedish media, including the TV program "Skavlan". To date, her book "Black Box" has been translated and published in South Korea, China, Taiwan, Sweden, and France. But for some reason, it has not been translated into English and hasn't been published in the UK nor in the U.S.

Every year, she's really busy. If it's true that she attempted suicide between this busy schedule, she must be super lucky that her suicidal desire attacked her just on the day she wouldn't miss any of her work even if she was hospitalized afterward. She has an extraordinary talent of acting, so much so that she looked great with a good complexion in the pictures, even when it was less than a month after the suicide attempt and that no one around her realized she had tried to kill herself.

In the next post, we will see Ms. Ito at the ruling of the civil trial and up to the present day (April 2020).