Ms. Ito's life after the incident, from April 7 to April 14. The sources are colored as followed:
Her book "Black Box"➡
Media coverage➡
Posts on social media➡
Court documents➡
My comments will be indicated by 💡. actions of Ms. Ito by 🔴, and actions of Mr. Yamaguchi by 🔵.

As I wrote in my previous post, Ms. Ito's book says she met her childhood friend S who was a nurse on April 6, but actually, they met on April 7.

To briefly describe the story in the book, the two of them picked a knee brace at a pharmacy, entered a cafe to have lunch, and Ms. Ito told about the incident to S, and they both cried together at the cafe. Ms. Ito was pale and shaking, her hands were cold with sweat. S grew up with Ms. Ito, when Ms. Ito drank alcohol the first time, she was there. So she knows how much Ms. Ito can drink, and knows her character, S says, "I don't think you would drink that much at a business dinner with your superior." S also lived in New York around the same time as Ms. Ito, and they talked about the possibility of DRD (Date Rape Drug). Ms. Ito said she should have called 110 (police call center) from the hotel, then the two wondered whether they should go to the police station from there.

💡The statement of Ms. Ito's childhood friend, S, is browsable at the court. In the statement, S says, "I heard about the incident in the cafeteria of IKEA we went to," and "she regretted that she should have called 110 from the hotel room because there was little objective evidence other than her own testimony in this kind of closed room case where there was no third party's testimony."

Why didn't they call 110 from the cafeteria of IKEA? Or they could have gone to the police.

"We wondered whether to go to the police together, but she was still hesitating because of her job, so we just went home on that day," says S. But if Ms. Ito regretted that she should have called 110 from the hotel because there was little objective evidence other than her own testimony in this kind of closed room case where there was no third party's testimony, then they should have known the best thing was to just GO TO THE POLICE.

Ms. Ito says in the book, while she had not received any emails from Mr. Yamaguchi, she realized maybe there hadn't been such fact that she had been assigned a producer. She was so frustrated and sad, and thought he might be treating her as objects. She took a break from work telling them her knee hurt. She then decided to go to the police.

💡As you see in the pre-incident emails between Ms. Ito and Mr. Yamaguchi, it is clear that she had not been assigned the position of producer. Although they were omitted from the book, Ms. Ito herself said, "the visa is the difficult part to deal with," and "I'm glad I can have some hope!" This indicates that she was aware of the fact that she had not been officially assigned.

Ms. Ito also claimed that they did not talk about the visa at dinner on April 3. Mr. Yamaguchi claimed that he had talked about it in the restaurant, and it's obviously not that he said, "congratulations! You're assigned."

So when did Ms. Ito think she had been assigned the job as a producer? She wouldn't say it's when she was told, "You've passed," right after she was raped, and she thought, "I've been assigned a producer", would she? However, in Ms. Ito's story, there's no other statement of Mr. Yamaguchi that could lead to the misunderstanding except that.

Her book says, she went with her best friend K to the house of R, another friend of Ms. Ito's, before going to Harajuku Police on April 9, and told them that she might have been "quasi-raped." She met the nurse friend, S, on April 7, so she's supposed to have met K and R on April 8.

R once quit her job for sexual harassment and made the harasser apologize, but later lost the trial. At the recommendation of K and R, she decided to send another email to Mr. Yamaguchi on the spot. Ms. Ito didn't want to remember him, so mostly K and R wrote the email. But the second email from Ms. Ito to Mr. Yamaguchi was actually sent on April 14.

It also says she continued to write emails during her visits to Harajuku Police on the 9th and 11th because she didn't want him to know she was consulting the police, and her friends wrote the email on behalf of her. But it's also not true. Ms. Ito didn't send any email to Mr. Yamaguchi from the "Thank you for your hard work" email on April 6 until April 14.

The second email was apparently written by someone other than Ms. Ito (I'll explain this later). So, if she says she sent the second email on the spot when she met with K and R, that means they met on the day the second email was sent, April 14. Until then, she had been quietly visiting the police by herself. This is also her attempt at image manipulation.

In the evening 🔴Went to Harajuku Police alone to report the damage, cried, almost hyperventilated 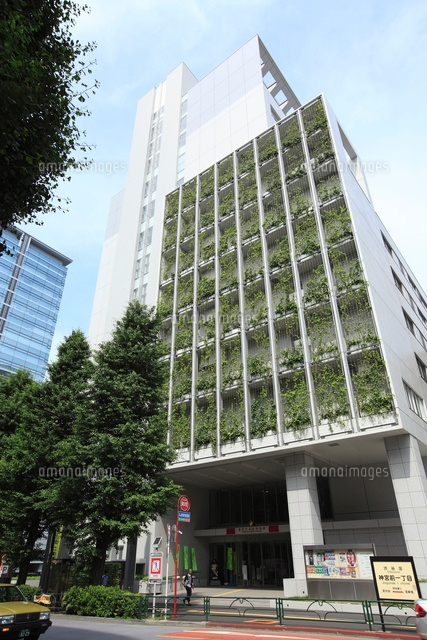 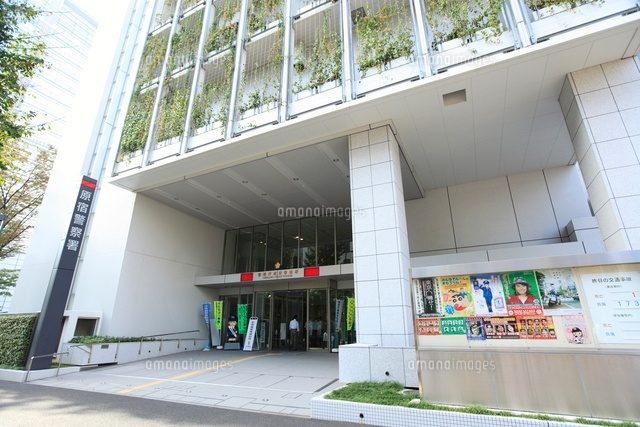 Past 22:00 pm The childhood friend S came to pick her up at the station and Ms. Ito went back to her parents' house.

She went to Harajuku Police again and met Mr. A, a police investigator at Takanawa Police. Mr. A says, "It's been a week, it's difficult," "It's a common story," and "There's not enough evidence." Ms. Ito says, "Please check out the security camera at the hotel."

She told her family about the incident. Her mother shook with anger and said, "I'm going to kill him." Her father told her to be angrier. However, Ms. Ito strangely couldn't feel anger toward Mr. Yamaguchi from that time, and her complaints were directed at the police, the hotline centers for the victims, and the hospitals. The police also said, "You have to cry more or get angrier. You must act like a victim."

💡She wrote herself that only two days ago, on April 9, she "cried, almost hyperventilated" at Harajuku Police when she claimed the damage. Also, in the email conversation with Mr. Yamaguchi, especially in the omitted parts which will be shown later, she intensely blamed him. If that's not anger, then what is? You will soon see and judge for yourself.

Daily Shincho (news website) interviewed Ms. Ito's parents after the civil court's decision in December 2019 and asked them how they had felt to hear about the incident (Curiously, her mother said she had been told about it about a month after the incident). In the article, Ms. Ito's mother says this.

I want to ask Mr. Yamaguchi how would you feel if you had a daughter? If you were in the opposite position, what would you do?

I'd like to ask her. What if your son had been falsely accused as a sexual assailant and you were in the opposite position, what would you do?

It's natural for a parent to support your own child. I don't blame them. However, Mr. Yamaguchi has consistently denied the charges, and both prosecutors and the Committee for the Inquest of Prosecution have ruled that the charges should not be prosecuted. Still, not only in Japan but all over the world, your daughter's books have been translated and published, and she appears in the media, accusing him of being a "rapist who drugs a woman." I'd like to ask how you would respond when your son, Ms. Ito's little brother, was in exactly the same situation.

The book says, as I mentioned earlier, her friends wrote on behalf of Ms. Ito. They decided to act modestly, apologize for her swearing, and tell him that she was confused so that they could draw out words of apology. Below is the email omitted from the book.

Otsukaresama desu (Thank you for your hard work.)
Last time, I didn't know what to do, so I just emailed you like normally. But, I couldn't get it off my mind. The other day when I woke up, I was in the hotel, and then that happened. I was so shocked that I swore at you, but...
what did you mean when you said that I had passed?
I trusted you so much...
Could you reply to me? I'm sorry to bother you when you're busy.
17:20pm (04:20am in EDT)

💡Does this email seem like it's trying to draw out an apology? No matter how I read it, the subject of the email seems: "What do you mean by I've passed?", asking about her work in the previous email. It sounds modest superficially, but really it's threatening him for a working visa, saying, "We had sex, didn't we?" or "You said I passed, didn't you?" Note that this was surely written by her friends, K and R, because Ms. Ito uses "。。" instead of "..." when using dots in the sentences. 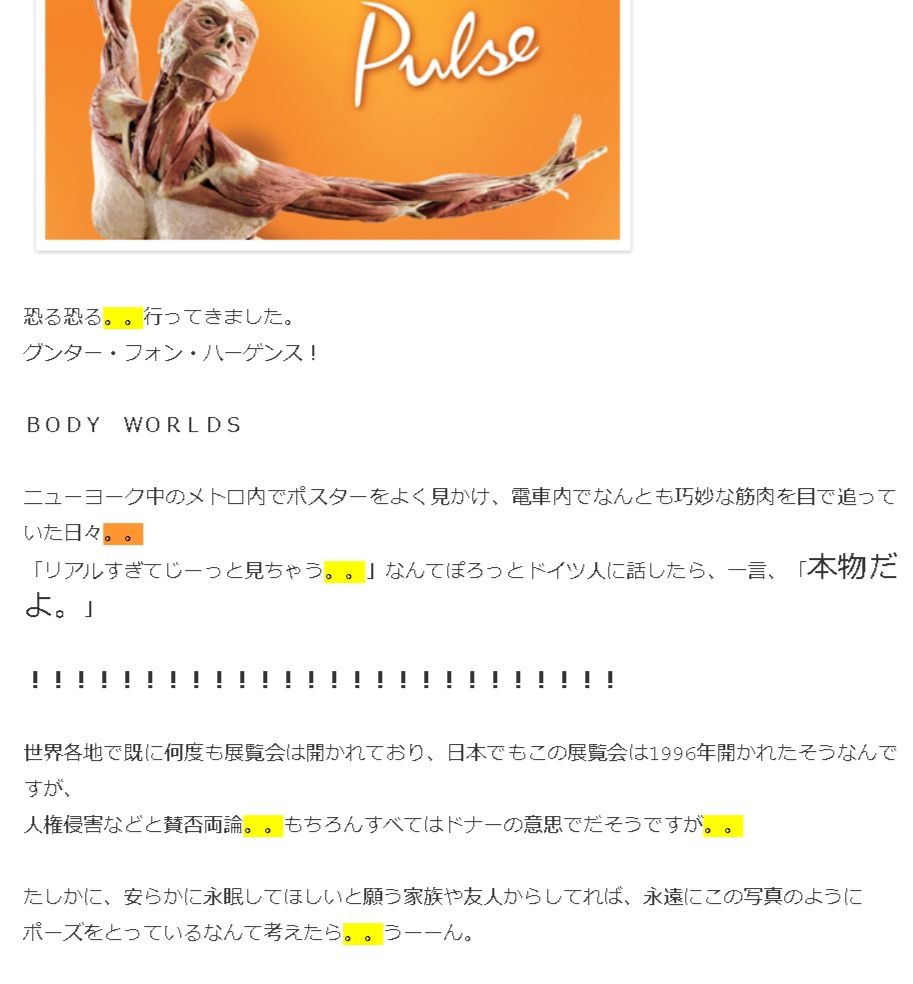 Well, I don't remember being sworn at, at all.

Currently, I'm talking to the TBS International headquarters in New York about what kind of patterns can exist to hire you. In order to hire you as a producer from the beginning, it would be increasing the staff of the branch office so we have to make a new budget. The bar will be lower if you start working as an intern.

As for the VISA, in order to support you to acquire the VISA as a producer, you will need to come here first and have an official interview. In effect, you'll pass but then you have to return to Tokyo and have your VISA posted on your passport in the US embassy. For interns, no interview is necessary. This is also a difference in American law based on whether or not to pay salaries.

In any case, I am currently negotiating with the new president of New York. Please wait for a while.
19:18pm (06:18am in EDT)

💡In response to this reply, Ms. Ito says in her book that it was too bad that it didn't have words of apology and only talked about business. The email is certainly businesslike. This is consistent with the businesslike tone of Mr. Yamaguchi in front of the camera at the press conference held at FCCJ after the civil ruling in Dec. 2019 (It should be because he wrote it.)

What's not consistent is the words the book "Black Box" claims he said, "I really like you," "I want to take you to Washington as soon as possible. You've passed," "Let me keep your panties as a souvenir," "You looked like a competent woman, but now you're like a lost child, so cute."

The last time he was with her, he sounded like nothing but a perverted old man, saying, "I really like you," "Let me keep your panties." But in his first replying email, he didn't say anything perverted.

If he was a totally perverted dirty old man as Ms. Ito claims, he would be likely to say disgusting things like, "You looked so cute even when you were swearing at me," or "I can't forget that night," or "Do you wear my T-shirt every day?" in regard to the T-shirt he lent her, saying, "Wear this"(according to Ms. Ito's claim). In reality, however, it's the exact same businesslike tone that he had at the conference, and it always remains calm and logical in the subsequent email messages, and it never changes.

In the next post, we'll continue to examine Ms. Ito's words and deeds after the incident.