Hi, everyone. Welcome to my blog.

My name is Maurice (not my real name, of course..it's actually my cat's name), I'm a Japanese female (of Korean descent) who has been very interested in the alleged rape case of Shiori Ito. I'm sure you're interested in it too because you've somehow found your way here. 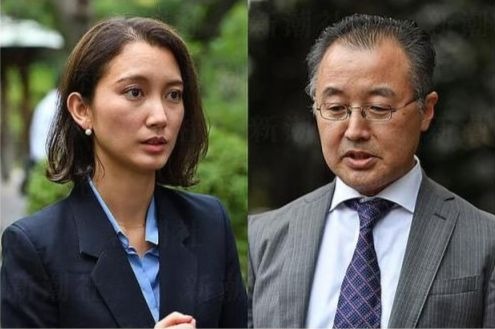 In this blog, I will examine, from various angles, the credibility of Shiori's claim, that she's the victim of "quasi-rape" by Noriyuki Yamaguchi, who was at that time the Washington bureau chief of TBS (Tokyo Broadcasting System) in April 2015.

Before I get into the details, I will briefly outline the alleged incident and its aftermath.

■In autumn 2013, Shiori Ito, 24, became acquainted with Noriyuki Yamaguchi, 51, then the Washington bureau chief of TBS at a piano bar in New York where she worked.

■In March 2015, she contacted Mr. Yamaguchi for work opportunities in the TBS Washington bureau.

■ On April 3, 2015, Ms. Ito and Mr. Yamaguchi went to dinner together for job counseling in Tokyo. First, they went to the Kushiyaki (skewers) bar "Toyokatsu." Then they moved to the Sushi restaurant "Kiichi" where she alleges she lost her memory in the bathroom.

■ She alleges she woke up in pain at about 5 am on April 4, 2015, and found herself being sexually abused in Mr. Yamaguchi's room in the Sheraton Miyako Hotel. Mr. Yamaguchi, on the other hand, denies this and claims Ms. Ito got drunk in the restaurant so he took her back to his hotel room, and after Ms. Ito woke up around 2 am, they had consensual sex.

■ On April 30, 2015, the complaint report was accepted by the Takanawa Police.

■ In June 2015, an arrest warrant was issued (alleged by Ms. Ito and the Weekly Shincho magazine).

■ On June 8, 2015, the local police decided not to arrest Mr. Yamaguchi due to an order from above (alleged by Ms. Ito and the Weekly Shincho magazine).

■ On August 26, 2015, investigators searched Mr. Yamaguchi's house and some documents were sent to the prosecutor’s office.

■ On July 22, 2016, the prosecutor dropped the charges against Mr. Yamaguchi.

■ On May 29, 2017, Ms. Ito held a press conference and filed a complaint appeal to the Committee for Inquest of Prosecution.

■ On September 21, 2017, the Tokyo Sixth Committee for the Public Inquest of Prosecution judged the prosecutors' decision of a non-indictment was "appropriate," stating there was no reason to overturn it.

■ On September 28, 2017, Ms. Ito filed a civil lawsuit against Mr. Yamaguchi, demanding 11 million yen (US$97,160) in compensation for her suffering from the alleged rape.

■ On December 18, 2019, the Tokyo District Court ruled that Mr. Yamaguchi should pay 3.3 million yen (US$30,000) in compensation to Ms. Ito. The Court rejected Mr. Yamaguchi's claim and acknowledged Ms. Ito's actions as being important to society.

■ On January 6, 2020, Mr. Yamaguchi appealed the ruling to the Tokyo High Court.

The purpose of this blog

The key points are...

1. The incident took place inside a closed room, and as there is no physical evidence, only Ms. Ito and Mr. Yamaguchi will ever know the truth.

2. There is a significant disagreement between the two sides about what happened (especially inside the hotel room), and one of them is definitely lying.

3. Mr. Yamaguchi was not indicted due to insufficient evidence and later was judged as "non-prosecutable" by the Committee for Inquest of Prosecution that consisted of 11 citizens who had been randomly selected.

In this blog, based on the assumption that Shiori Ito is making a false allegation, I would like to examine the credibility of her claim and her motivation behind it.

In a press conference held after winning the civil trial on December 19th, 2019, Ms. Ito said, "We are considering legal action against so-called 'second rape' that slander sexual victims." First of all, I would like to make it clear that the purpose of this blog is not to slander Shiori Ito.

I am fully aware that questioning her claim that she was a victim of sexual violence and pointing out contradictions in her words and deeds would make her and those who believe in her uncomfortable.

However, only Ms. Ito and Mr. Yamaguchi know what really happened in that room. The prosecutors dropped the charges in the criminal case. The Committee for Inquest of Prosecution judged the case “non-prosecutable”. Therefore, if people treat Ms. Ito as a “victim” of sex crimes, shouldn’t Mr. Yamaguchi be treated as a “victim” of false accusations, when his reputation has been destroyed and he has been labeled a “sex offender” all over the world?

It is judiciously consistent to point out the doubts and inconsistencies of Ms. Ito's claims and to consider the motives behind her allegations to not only determine whether her allegations are true or false but to also protect the innocent of being falsely accused.

In the confirmed cases of false accusations, the percentage of sexual crime claims was higher than any other crime. False accusations of sexual abuse should not be used as a weapon by women against men. Only the truth in any case and in any crime should be held up as having "social interests" or "social significance".

The information on this blog is based on Ms. Ito's book "Black Box," interview articles, documentaries about her, court documents, and publicly available postings on social media networks. In order to protect personal information, the posts published on the Internet will be modified using pixelation.

By the way, I have a Japanese blog too. The content is exactly the same. You can click the link below.